Different thoughts ran rampant in everyone’s mind. Some were annoyed while some were envious that Di Zuo had found such a virtuous wife.

The Phoenix Maiden eradicated enemies and recruited talents for Di Zuo. One turn of her hand could summon rain and storms as she schemes against the whole world — truly formidable.

“She already has the style of a queen.” Many ghosts did not like how the current events were unfolding, but they had to admit that she had the abilities.

“There are no permanent enemies, only permanent interests.” Another cultivator couldn’t help but gently sigh. Sometimes, it was necessary to hold hands with one’s mortal enemies. Reality was extremely cruel at times.

Countless eyes were on Li Qiye. Everyone knew that Li Qiye was ferocious; if he actually joined the throne of bones via the Phoenix Maiden’s recruitment, then he would become an invincible general for Di Zuo in the future.

Many palpitated; if it was them, they would happily accept right away. This was a once-in-a-lifetime opportunity.

Li Qiye only laughed at the Phoenix Maiden’s effort to levy him. He waved his sleeve then said: “Becoming friends? Sorry, I don’t have the habit of becoming friends with enemies, unless they are willing to submit to me. The only thing we do have in common, though, is a love for talents. If Di Zuo agrees to swear loyalty to me, then I can think about forgiving his companions.”

Li Qiye replied with a smile: “I have never thought carefully before speaking! Haha, Di Zuo? So what! Want me to plead loyalty? He barely qualifies to be a low-ranking general in my ranks. And wanting to recruit me? Maybe when your Immortal Emperor Wan Gu comes back to life!”

“Stubborn fool!” The Phoenix Maiden coldly declared: “Don’t blame us for being ruthless when you are picking the difficult path!”

Failing to recruit him naturally meant elimination. To the Phoenix Maiden, whether it was revenge for her little brother or destroying a threat, she didn’t mind using all the possible methods to destroy this promising genius in order to pave the Immortal Emperor path for her fiance.

Many became relieved after hearing this while others stared at the battlefield with bated breaths. A life and death battle would ensue for sure after a failed negotiation.

“I have experienced your ruthlessness already.” Li Qiye smiled and said: “Come. Sending your many pawns to their deaths is a waste of both my time and yours. I really want to see how great Di Zuo’s fiancee is.”

The Phoenix Maiden remained seated in her chariot while gazing at Li Qiye without taking any action.

The Eighteen Beast’s leader blocked Li Qiye’s path and coldly stated: “Unless we die, you are not qualified to make the Miss take action.”

“Grand Sovereigns?” Li Qiye laughed and asked: “You guys think you can stop me by yourselves?”

These words were very arrogant, but listening to Li Qiye’s laughter, even those who considered themselves as the strongest Grand Sovereigns would shudder. Today, there were around eighty to one hundred Heavenly Sovereigns who died in his hands, including a dozen famous Grand Sovereigns whose names could turn others pale from fear.

“Numbers are not everything. Those who don’t even know emperor’s laws only wasted their cultivation even if they reached peak sovereign.” The leader of the eighteen coldly said.

At this point, the eighteen emitted a sky-piercing blood energy. Immortal Emperor runes appeared around their bodies, causing them to turn into a great iron wall that stretched for tens of thousands of miles. Immortal hymns appeared as if it was a city of an emperor. Nothing could take even half a step past them!

The leader’s words were hard to hear, but they were also true. Emperor’s laws were priceless for cultivators. Grand Sovereigns that came from the great powers who had never seen or cultivated emperor’s laws would have limited knowledge no matter how great their own laws were.

There was a big gap between these two types of sovereigns.

The Eighteen Beasts were experts from the throne of bones and each of them cultivated several emperor’s laws. They also cultivated an extremely powerful emperor’s formation so despite only being eighteen strong, they should be able to stop several hundreds or even more Grand Sovereigns.

Many people’s hearts thumped while they stared intensely at the dancing Immortal Emperor’s runes around the Eighteen Beasts.

A person whispered: “I wonder if the rumors stating that these guys cultivated an emperor’s formation are true or not?”

Li Qiye looked at these imperial runes and nonchalantly said: “This is really just a waste of time. Unfortunately, I am no longer in the mood to play with you guys, so let this be quick.”

Li Qiye then bent down to take a Virtuous Paragon Life Treasure from the battlefield. It was a broken weapon left behind by a ghost king that was killed by him. This treasure was shot by Li Qiye’s Nine Words True Arrow so a corner was chipped off.

It was considerably damaged so it would be difficult to exert its true power. With the passage of time, this life treasure’s divinity would eventually wither away and the base would end up as scrap metal.

Li Qiye carried this damaged Virtuous Paragon Life Treasure and smilingly said: “Game’s over.” He then utilized “Resplendent Break” in an instant!

“Om—” In that moment, time itself suddenly became brighter. Li Qiye’s right hand that was holding the life treasure suddenly became transparent and radiant; strands of immortal chains began to twirl around his arm.

“Boom!” With a loud explosion, the sky lost its brilliance and the earth trembled. The life treasure in his hand exploded as countless Virtuous Paragon universal laws came out and interweaved together as if a living Virtuous Paragon had arrived.

The brightness was reaching its limit as Li Qiye unleashed an invincible Virtuous Paragon’s attack with this broken life treasure. This attack held absolute power; it was as if the attack utilized all of this Virtuous Paragon’s power that was culminated throughout his entire life in this one shot.

“Not good, activate the formation!” This attack not only shocked the spectators, even the Eighteen Beasts were aghast. At this point, they had no choice but to engage.

“Boom!” With a loud detonation, the formation that had just been activated by the Eighteen Beasts was instantly shattered by this strike. The formation could not handle the ultimate attack from a Virtuous Paragon.

The trajectory of this attack reversed Yin and Yang, shattered the six dao, and even froze the fabric of time and space. It was as if this attack was actually unleashed by a Virtuous Paragon with their own Life Treasure while using their strongest attack.

How powerful was such a blow? Not to mention Heavenly Sovereigns, even a Heavenly King would be rendered into ashes.

Resplendent Break — the most brilliant technique in this world that would turn everything into ashes.

Resplendent Break, just like its name, was an extremely dazzling attack. This technique was like the fireworks in the night sky, disappearing afterward.

This was an unbeatable technique from a very long time ago so no one knew of its origin now. Very few even knew of its existence.

Resplendent Break was capable of utilizing the full potential of weapons. Anything could be the medium for this technique; even a blade of grass could unleash a brilliant strike. Once utilized, the grass would burn all of its life essence and will to survive. Everything would be put into this one blow.

By doing so, even a blade of grass would be able to unleash a terrifying, lethal attack.

Even a broken Virtuous Paragon Life Treasure would be able to channel all of its power, essence, and power of the grand dao into one attack after being channeled by Resplendent Break. It burned all of the universal laws and refined merit laws within the treasure. It was as if a Virtuous Paragon personally unleashed their most powerful blow. If anything, it was even stronger than such an attack.

After one blow, the weapon would run out of everything since it would have burned it all on this invincible attack.

The price was that the weapon would be destroyed after using up all of its brilliance.

“Boom!” With a blast, this Resplendent Break descended. Blood sprayed everywhere and flesh left the bones as countless pieces of meaty remains fell down. This attack broke the Eighteen Beasts’ defense. They didn’t even have the chance to utilize the strongest variation of their formation. This strike left them dead with dismembered corpses.

The weapon also couldn’t escape the fate of turning into nothingness, so there was not even a trace of its remnants. This attack had burnt everything the weapon contained despite it being crafted with divine metal.

One move killing Grand Sovereigns was simply too shocking. In a short period of time, the entire scene was enveloped with a horrifying silence. This was truly too unbelievable.

All became dumbfounded as they stared at the rain of blood with dull expressions. They felt that it was difficult to breathe and that it was nearing the point of suffocation.

Everyone knew about the power of a Virtuous Paragon Life Treasure, but its potential would be greatly limited once broken. Even if it was an intact life treasure, unless it was personally used by a Virtuous Paragon, it would not be able to unleash its strongest attack. 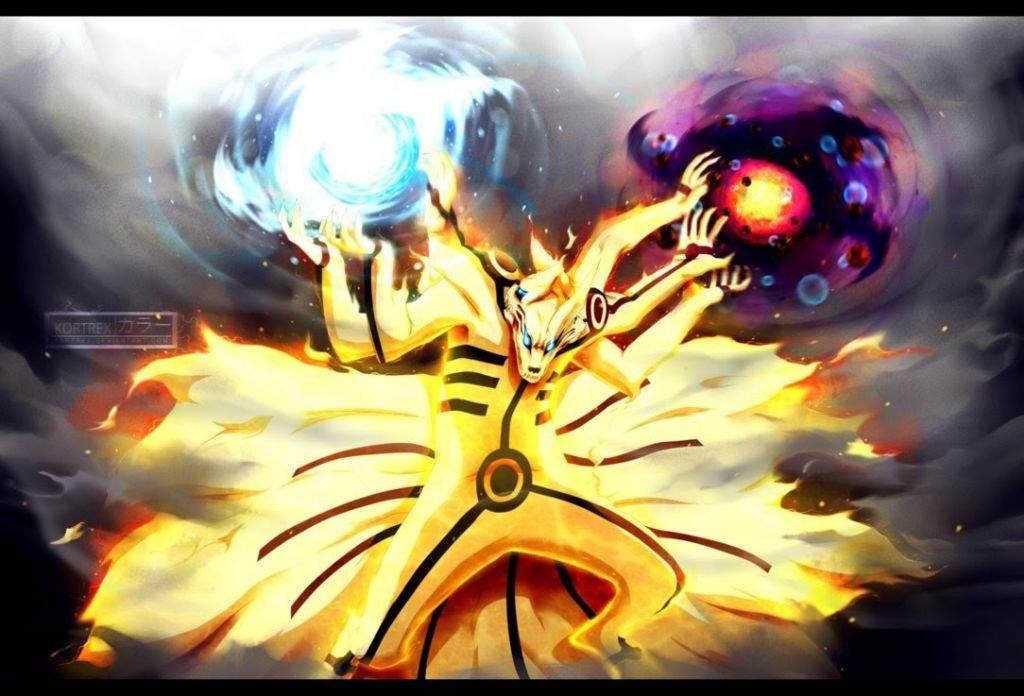