“Die!” Li Qiye laughed in response and then jumped into the abyss like a fearless king. His thousand hands attacked; a pair of hands headed towards each ancient buddha.

A pair of hands used the Kun Peng’s Sky Transformation to crazily augment its speed to the limit of time, instantly knocking away one of the buddhas. Another used the Earth Transformation, causing the pair of hands to boundlessly enlarge and trap a buddha regardless of what defensive treasures it used! While the buddha was crushed within the earth, the pair of hands suddenly became bright and turned into fists. It used the eternal power of the nine stars to immediately crush this buddha into smithereens…

At this moment, even though the Zen Ghost Eight Buddhas were Grand Sovereigns, it was still useless. The banner artifact that could seal the heaven and earth failed to stop the tyrannical Li Qiye who was killing all in his path.

One versus eight Grand Sovereigns, not to mention that he was bare-handed against them. By wielding only heaven-defying techniques, he pushed them back continuously to the verge of death — this scene petrified everyone.

Their banner artifact was an amazing foreign dao treasure; their combined efforts with the banner could even stop a Jewel Sovereign. However, in his current state with the sea of blood behind him, a world on top of him, and the thousand hands technique rampaging, Li Qiye was unstoppable. He shattered all of their offensives and annihilated their defensive layers while being unarmed.

“So this is the power of an eternal and perfect world.” A person whispered after seeing this domineering scene.

Many were secretly terrified. Li Qiye’s cultivation was only at Ancient Saint, but he was currently forcing back eight Grand Sovereigns. A Heavenly Sovereign from the previous generation couldn’t help but smile helplessly: “This brat is too heaven-defying. As far as I know, not more than ten people in history had nine stars and ten palaces.”

Other human cultivators were cheering: “Well done! Our human genius is indeed different. He’s able to sweep through the heaven and earth in such an invincible manner!” Their blood was boiling from excitement.

Some ghost experts were dissatisfied, but they didn’t dare to retort. Having nine stars and ten palaces was indeed an amazing accomplishment. Although the ghost geniuses didn’t want to concede, they knew well enough to keep their mouths shut. Di Zuo, Tian Lunhui, and Chan Yang were the three heroes of the ghost race; they were unbeatable amongst the younger generation, but no one had said that they had obtained nine stars and ten palaces.

This was indeed a shocking achievement capable of subduing all the other arrogant prodigies.

The eight buddhas were angered from being continuously pushed back, so they screamed: “Myriad Buddhas’ Pilgrim!” The banner artifact fluttered as if it was opening a new buddhist country, but it was also ghastly like a land of ghosts. In this second, endless buddhist chants emanated from this country as if they were summoning something. Myriad buddhas came out from the banner and formed an array to lock Li Qiye. Then, countless buddhist rods slammed down with the power to subdue all evil.

These rods shattered the mountains and rivers along with the earth itself. Even Fiendgods would not be able to escape this rod punishing formation.

“Break for me!” Li Qiye wildly laughed. His thousand hands then rose into the air and utilized the last transformation of the Kun Peng’s Six Variants — the Galaxy Transformation. A boundless galaxy loomed over the buddhist country of the eight monks. Thousands of gigantic palms covered the entire country.

“Bang—bang—bang!” The thousand hands technique reversed the seal of the country like a drowning sea. They heavily slammed into the countless rods formation one after another like never ending tidal waves while building up a stronger momentum with the Kun Peng’s Tsunami Transformation. In just a moment, this power had stacked to the limit and finally, an unstoppable strike slammed down!

“Boom!” The earth shattered and the mountains split apart from the force. All the rods and buddhas were annihilated. The eight buddhas were knocked up high from this earthquake while spewing out blood. This was their strongest technique, but it still couldn’t stop Li Qiye’s bare hands.

“Pluff!” As Li Qiye was defeating the eight buddhas with his attack, a red flash suddenly appeared and a cold glint aimed straight for Li Qiye’s chest. Li Qiye’s final attack triumphed over the eight buddhas, and this strike was aiming for his momentary weakness. In this split second, a ghost-like person sneak attacked Li Qiye, aiming to kill him with one blow.

Li Qiye reacted very quickly, but this blade still managed to cross his chest, leaving behind a bloody wound.

In an instant, the enemy relentlessly attacked like a storm, wanting to sever Li Qiye’s head. In response, Li Qiye put up both of his hands to block. Nevertheless, he was still blown far away and heavily slammed into a peak.

The attacker who launched the sudden strike was too fast and swiftly dealt two fatal blows. Perhaps the enemy had been hiding for a very long time, waiting for this opportunity.

“Nightwalker King!” The shadow disappeared after the attack, causing the spectators to cry out in shock.

The Nightwalker King, the most terrifying character in the Nightwalker Sect who was very good in the art of assassination. Although he was not an assassin by trade, he still commanded fear from many Sacred Nether inhabitants. Ye Sha was his apprentice, so he attacked Li Qiye to take revenge.

However, even this sneak attack was not enough to kill Li Qiye. Li Qiye crawled up from the debris. He was still alive and kicking as he spoke: “Again!”

“Die!” After a crazed battle cry, a loud rumble emerged. The earth shook as if there was a huge beast stampeding in the area. A gigantic stone golem rushed forward like a mad bull and slammed into Li Qiye with its gigantic body.

“Scram!’ Li Qiye coldly shouted and unleashed a sky-shattering fist into the gigantic stone golem’s chest. “Boom!” This fist from Li Qiye could shatter a mountain, but when it met this golem’s fist, it was as if he had struck a mountain of steel. This gigantic golem was completely unscathed.

“Bang!” While Li Qiye was still surprised, he was knocked away by this huge golem.

“Hahaha! Little brat, I am impervious to all attacks!” This huge golem laughed and then approached Li Qiye at an extreme speed just like a mad bull.

The Armored Heavenly Sovereign stampeded like a bull with a fierce momentum, slamming into Li Qiye once more. His body was invulnerable, thus it was his most powerful weapon.

Li Qiye understood the opponent’s characteristics, so he shouted: “Go down!” With a cry, he decisively slammed down with his foot as his Life Wheel began to crazily spin while channeling the Revolving Crescent Sun Law. His flood-like blood energy caused his power from the grand dao to surge. His ten palaces kingdom poured down an endless amount of power, and the nine stars that filled the sky granted him the power of a world.

Li Qiye still didn’t use his Hell Suppressing Godly Physique. He only utilized his unparalleled blood energy to trample the Armored Heavenly Sovereign.

However, the sovereign was like an unkillable cockroach. Although Li Qiye’s tyrannical force slammed him to the point of vomiting blood, it still couldn’t kill him.

While being under Li Qiye’s foot, the Armored Heavenly Sovereign crazily laughed: “Hahaha! You… You can’t kill me!”

His grand completion Diamond King Physique could even withstand a Virtuous Paragon True Treasure’s attack, so one could only imagine how tough his body was.

“Is that so?” Li Qiye chuckled. The starry sky suddenly became bright; inside the ten palaces kingdom, the Terra’s Root poured worldly energy into Li Qiye. In an instant, Li Qiye not only had the power of an entire world, but also worldly energy. The moment his foot stomped down again, it was as if three thousand worlds were pressuring the Armored Heavenly Sovereign.

“Crank crack!” Series of bone-breaking sounds appeared as the Armored Heavenly Sovereign bellowed miserably while spilling blood. This one stomp was beyond his body’s defensive threshold, but he still didn’t die.

“YOU... can’t kill me! I am a grand completion Diamond Physique!” The Armored Heavenly Sovereign shouted. However, his words no longer carried the same confidence as before.

At this point, many spectators felt chills. The Armored Heavenly Sovereign was a real sovereign with a grand completion Diamond Physique. His body could stop the suppression from a Heavenly King and attacks from a Virtuous Paragon Life Treasure, but now his bones were being broken from an Ancient Saint’s stomp — how terrifying was this development? 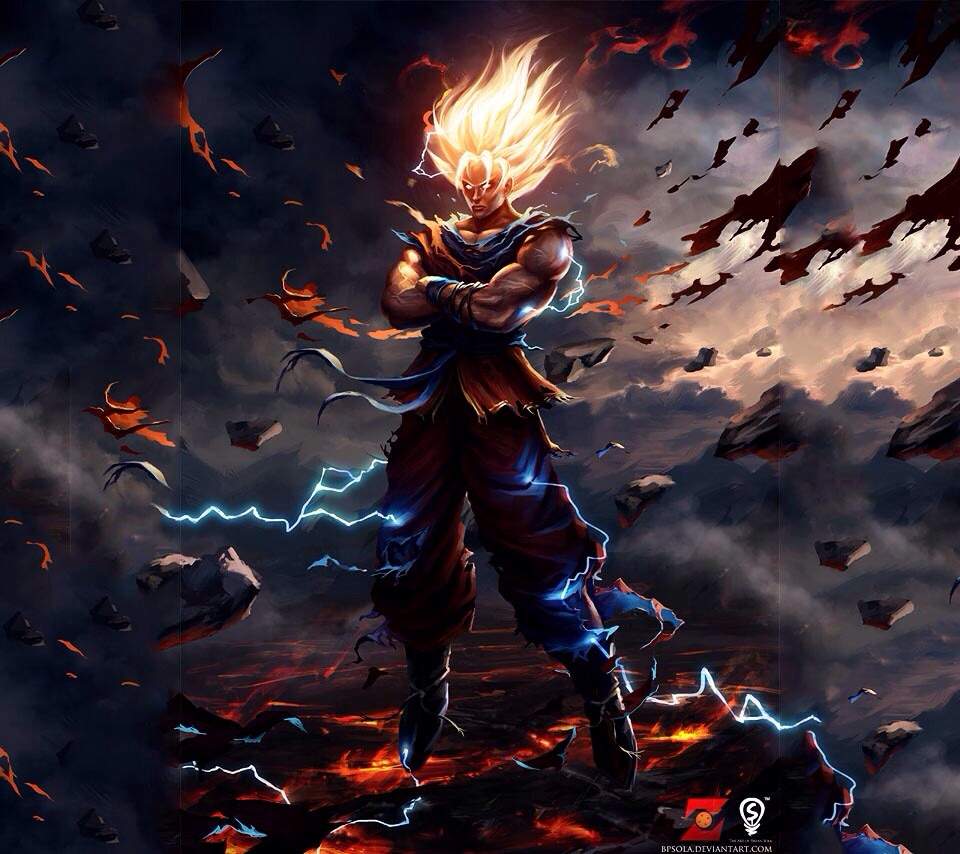