Qiurong Wanxue had nothing to say after hearing his explanation. Ordinary treasures were already very good for the Snow-shadow Tribe, and she didn’t even dare to think about legendary divine weapons.

However, she believed in his choice and asked: “What should we do now?”

Li Qiye responded with a smile: “There are five mountains at the five corners of this desert. As long as you can push these mountains into the middle, you will be able to open up this desert. Then, it will be up to your own fortune whether you will get a treasure or not.”

His familiarity with the Shifting Mountain Pass caused Qiurong Wanxue to gaze at him: “Didn’t you say that you have never been to Necropolis before?”

Li Qiye answered with a smile: “If I had answered that I have been to this place before, would you have let me come along? If I am not mistaken, Chief Qiurong had always been suspicious that I bore ill will towards you guys.”

Being figured out by Li Qiye caused her to blush. This made her feminine and elegant aura to be even more alluring like a dripping ripe peach.

“Just kidding.” Li Qiye smiled and said: “Don’t take it seriously.” Li Qiye didn’t mind it at all since it was natural for her to be so cautious as the chief.

Qiurong Wanxue angrily glared at him: “Who would have been so paranoid if you didn’t act so suspiciously?” Her mature demeanor now had a youthful coquettish air mixed into it.

“Come, we have to go find the five mountains and push them together to see if we are lucky this time around.” Li Qiye smiled and said.

They began searching in the vast desert. Very quickly, they found a mountain. It wasn’t overly large nor small and looked very ordinary. The only distinctive feature was that it was completely black.

Li Qiye shook his head and said: “You won’t be able to, just follow me for now. Be on the lookout in case someone comes with bad intentions.” With that, he placed his hands on the mountain.

It was not hard to overturn mountains and seas with Li Qiye’s cultivation, so a normal-sized mountain should be as light as a feather and would easily be lifted up with one hand by him.

However, this black mountain was extremely heavy. Despite his utmost efforts, the mountain only shifted slightly. If any other mountain was met by this same force, it would have already been blown flying across the sky.

“Roll—” Li Qiye pushed the entire mountain as it followed a strange path; it was as if this path was already predetermined.

Qiurong Wanxue hurriedly followed behind him. She didn’t dare to be careless and released her divine intent to look around in case someone else wanted to take advantage of the situation.

Fortunately, no one else picked the Shifting Mountain Pass so only the two of them were in this desert.

“Rolling—” Under Li Qiye’s constant pushing, the black mountain slowly followed the predetermined path to the center of the desert.

Now, Qiurong Wanxue understood why people didn’t pick this pass. She witnessed Li Qiye’s strength with her own eyes when he crushed a Royal Noble like crushing an ant. However, he was struggling to push this mountain, so she wouldn’t be able to make it budge at all.

“Rolling—” This black mountain was heavy beyond one’s imagination. Even someone with astonishing physical strength like Li Qiye found it to be a huge challenge.

It was halfway to the center, but Li Qiye’s entire body was drenched in sweat.

Li Qiye kept on pushing and shook his head: “No, if I let go, it will move back to the original location and all will be for naught. You have to push it to the center in one go or it will never work.”

Qiurong Wanxue was shocked; no wonder why no one else wanted to pick the Shifting Mountain Pass. She believed that even Ancient Saints would find this very difficult.

Li Qiye was quite mighty, so despite the heavy weight of the black mountain, he persevered until it reached the center in one setting.

After moving it to the center, he suddenly heard a cranking sound as if something had latched onto the mountain. At that point, he finally let go while being completely out of breath as he felt his legs giving out.

Qiurong Wanxue was scared and quickly came to embrace the staggering Li Qiye before asking: “Are you okay?”

The exhausted Li Qiye heaved a sigh and said: “Let me rest a bit. So tiring... This is indeed really hard.”

Qiurong Wanxue propped him against a safe place to sit. After a while, his blood energy began to recover.

After his blood energy rejuvenated like a receding tide, Qiurong Wanxue felt relieved and caringly asked: “How do you feel?”

Li Qiye smiled while basking in his enjoyment: “Very comfortable, sleeping in a beauty’s embrace is indeed very comfortable. Just a bit more then I’ll be fine.”

Qiurong Wanxue was startled and suddenly realized something as her face turned red. She was hugging him tightly as his head was resting on her chest, deep into the valley. He also had a very comfortable and joyful expression.

“You!” She wanted to push him away due to the embarrassment.

Li Qiye lightly waved his hand to stop her and smiled: “Don’t be angry, Qiurong. If I really wanted to take advantage of you, using these kinds of means would be a disgrace to me. If I wanted to enjoy such affection, then I would directly take you in and taste you completely in addition to earning your willingness to be my woman. I have confidence and complete certainty in this. Don’t worry, this is just for fun and I have zero intent of treating you licentiously.”

Li Qiye’s head remained on her high bosom with a relaxed look. Despite this suggestive pose, Li Qiye still had a calm and natural air with no lustful thoughts.

Qiurong Wanxue didn’t know how to reply. After a while, she asked: “Are you always so full of yourself? Do you not feel that you are too arrogant and outrageous?”

“There are always those who tell me that.” Li Qiye answered with a smile: “But if I pretend to be humble, then I will either become a hypocrite or the most sacred sage throughout history. Unfortunately, I don’t belong in either category. I have the power as well as the qualifications, so this is only to be expected of me. Of course, to others, I am full of hubris.”

“A lot of confidence.” Qiurong Wanxue snappily said: “The Nine Worlds is huge and has countless experts — hidden dragons and crouching tigers. Being overconfident is not a good thing.”

“That is for other people.” Li Qiye contentedly enjoyed his current situation and said: “The nine heavens and ten earths indeed have countless experts and invincible existences, but that does not affect me. I am Li Qiye, that alone is enough.”

Qiurong Wanxue was stunned for a while. I am Li Qiye, that alone is enough — such an ordinary phrase, but when uttered by Li Qiye, it was painted with a domineering attitude that could reign over the nine heavens and ten earths throughout the eons.

This sentence alone said it all. After a while, Qiurong Wanxue calmed down to look at this young man lying in her bosom. His eyes were closed and he had a calm smile on his face. It was as if, to him, everything in the world right now was just like the gentle flow of a river.

The stare lasted for a long while since Li Qiye was an unsolved mystery that others would never tire of trying to figure out.

Confident, calm, ordinary yet profound — these were his greatest charms. Just like the path towards the grand dao, they were both filled with temptation and attraction.

She then slowly stroked his hair and caressed his face before slowly speaking: “Just who are you?”

Li Qiye’s eyes remained closed and he only answered with a smile.

The empty ground that was surrounded by the five mountains suddenly opened like a treasure box. Li Qiye quickly took a look, but there was nothing inside.

“Unfortunately, that thing isn’t here.” He lamented with a disappointed sigh.

Qiurong Wanxue was also disappointed. She then remembered what Li Qiye said before and curiously asked: “What are you looking for?”

He clearly came to the desert for a certain something, so this piqued her curiosity. Just what kind of item could garner Li Qiye’s interest?

“Do you really want to know?” Li Qiye smiled at her and asked.

“Come on and tell me.” She glared at him with a mature charm that could swoon all beholders.

“It is no big deal to let you know. The thing I’m searching for is the key to opening the Prime Ominous Grave.”

“The key to the Prime Ominous Grave!” Qiurong Wanxue was shaken as she stared at Li Qiye for a long time. 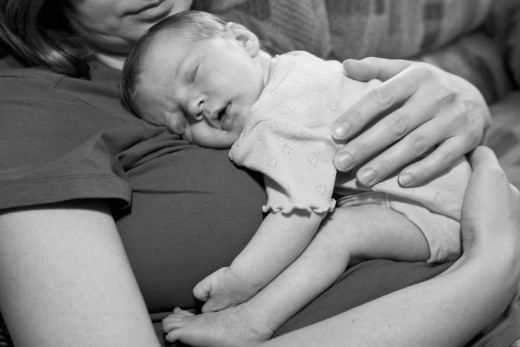 It actually is really hard to find a teaser for this chapter...[/caption][/spoiler]