Meanwhile, the elders and ancestors of the river sect lost control of their emotions. They didn’t know that their patriarch left behind a lingering sentiment back at the ancestral ground. At this moment, they understood that their patriarch’s spirit had always been protecting the Thousand Carp River.

This forever-mysterious figure under the Golden Divine Willow looked straight at Li Qiye. As their gazes met, Li Qiye could only gently sigh.

“Starting from today, Li Qiye is the Guardian of our Thousand Carp River, his words are my decree!”

This voice suddenly turned into an eternal mantra, a universal law that would last for an eternity, something that could not be changed by anyone!

Li Qiye could only wryly smile while looking at the Immortal Emperor. In the end, he still had to play the role of a wet nurse just like back when the sect was first established.

He couldn’t say no to Immortal Emperor Qian Li. Being the Guardian of the river sect was not something he wanted to do.

However, regardless of his feelings, he couldn’t say no so he could only lament his own fate.

“In the end, you still couldn’t help it and had to come out to save the Thousand Carp River.” Li Qiye murmured to himself.

“We humbly accept Grandmaster’s decree!” The Sacred Ancestor bowed all the way down to the ground.

Flowers started to bloom after the declaration of the emperor’s eternal decree. The Sacred Ancestor respectfully held the newly formed universal law decree with both of his hands and accepted it.

All the elders and even the ancestors were piously prostrating to Immortal Emperor Qian Li’s supreme decree: “We humbly accept Patriarch’s decree!”

After the filial display, the Golden Divine Willow slowly disappeared along with the shadow beneath it. The Thousand Carp Lake became tranquil once more. Outside of the supreme decree in the Sacred Ancestor’s hand, it was as if nothing had ever happened.

The Sacred Ancestor himself personally prepared a grand ceremony to welcome Li Qiye into the Thousand Carp River’s main ground: “Welcome, our Guardian!”

Li Qiye was very helpless. Under the reception of the elders, Li Qiye was like a puppet being dragged into the sect’s main ground. This was completely different from his expectations. He wanted to kill until the river sect knew better, but Immortal Emperor Qian Li’s intent came out to save their descendants.

Eventually, after the Sacred Ancestor welcomed Li Qiye to the Guardian’s seat, the ceremony finally ended. He then specifically talked to the group of elders and ancestors once more before he sealed himself underground.

At this time, the entire sect was extremely respectful towards Li Qiye; no one dared to slight him. The patriarch’s decree was the highest authority in the Thousand Carp River, so everyone treated it with piety.

Lu Baiqiu was in disbelief due to this development. From the appearance of the emperor to them proclaiming Li Qiye as the sect’s Guardian, everything was like a dream to her. What a great honor this was! No genius would even dare to imagine it.

Others would be jubilated with such an honor, but Li Qiye could only helplessly smile. The title of Guardian might sound grand, but in the end, it was just the role of a wet nurse. Li Qiye was tired of taking on such a role, especially since this was his second time being the Guardian for the Thousand Carp River.

In the distant past, right when the river sect had just been formed, everything was just beginning. Li Qiye hid behind the scenes and was the sect’s wet nurse until Immortal Emperor Qian Li shouldered the Heaven’s Will. Then, he finally left the river sect after completing his duties.

After so many years, he had become the Guardian once again despite his unwillingness, but he couldn’t say no to Immortal Emperor Qian Li.

He secretly lamented to himself: “I’ll just consider this the last time.”

After becoming the Guardian, he didn’t want to see anyone. This position was incomparably grand, but he became extremely annoyed just by thinking about it. Daoist Bao Gui was also very respectful and asked for his opinion on everything.

To this, Li Qiye simply said: “Sect Master, I am the Guardian, not a wet nurse. The river sect can just function as before, you don’t need to come ask for my opinion.”

After Li Qiye’s request, the daoist stopped asking questions, finally relieving Li Qiye of one of his worries.

After several days of being the Guardian, Lan Yunzhu came and asked him: “How did you do it?”

She was quite astonished since this was an unbelievable miracle to her.

Oh, how shocking it was to see the spirit of an Immortal Emperor! In the past, countless geniuses from the river sect were not worthy of such a thing, but now, the emperor personally came to see an outsider and even bestowed a supreme decree to make him the Guardian.

Li Qiye glared at Lan Yunzhu and responded with annoyance: “Because I am the ruler of this domain.”

Lan Yunzhu pondered for a moment and thought about the things Li Qiye had said. He had once said something along these lines before, but she assumed that he was only being boisterous. But now, the recent events had changed her mind.

“Did you really want to destroy my Thousand Carp River?” She felt afraid after recalling his words. Before, she didn’t think that Li Qiye alone could go against the entire sect, but now she understood that the matter was much more grave than what she imagined.

“Don’t worry, an adorable person like you would naturally be fine. However, there were a few that needed to be re-educated.” Li Qiye laughed then shook his head to say.

“Bah, who is adorable?” Lan Yunzhu angrily glared at him.

“Bang—bang—bang—bang!” Around this time, the earth started to shake as the Sacred Nether World changed.

Li Qiye rushed out in shock while Lan Yunzhu and Lu Baiqiu followed right behind him. They looked up to the sky in astonishment. However, they were not alone, all of the inhabitants of the Sacred Nether World were also alarmed.

The sky was peaceful during the day, but now it suddenly turned dark. The entire Sacred Nether World was encroached by darkness. Even ancestors, legendary masters, and eternal existences were freaked out. Countless invincible characters emerged from their Blood Era Stones.

Even these experts could not see through the sky and understand what was covering the entire Sacred Nether World.

This darkness scared everyone since some believed that it was the end of the world.

It didn't last for a very long time, about the time it takes to drink a cup of tea. The darkness disappeared and the sky returned to its original shade of blue as if nothing had happened.

“What… what is going on here?” Lu Baiqiu stuttered in fear.

This was the most terrifying thing she had ever experienced in her life. The entire Sacred Nether World had been shrouded by a dark curtain. Although it was very brief, it was still enough to send shivers down anyone’s spine.

Li Qiye kept on looking at the sky without saying a word. It was as if he wanted to see through it. The always-nonchalant Li Qiye had a dignified expression at this time.

After a while, Lan Yunzhu asked: “What actually happened just now?” Recalling the scene from earlier scared her. She opened her heavenly gaze but still couldn’t see through the sky, let alone what enveloped the Sacred Nether World.

Li Qiye took in a deep breath and told Lan Yunzhu: “Go, order people to see if the lost mythical island is still there.”

Lan Yunzhu immediately did so. The Thousand Carp River had been watching the island, but they didn’t want to carelessly enter it before clearly knowing the situation.

Li Qiye started to bite his lips in silence after hearing this; many thoughts were rampaging through his head. In the Sacred Nether World, there were only two or three possibilities that could explain why the lost island disappeared in an instant.

Li Qiye took in a deep breath and told Lan Yunzhu: “I must make a trip to the Prime Ominous Grave.”

Lan Yunzhu exclaimed in shock: “The Prime Ominous Grave! This is a legendary location from the ancient past, somewhere that no one had been able to enter besides Immortal Emperors.”

Lan Yunzhu was taken aback and asked: “Does it have something to do with the lost mythical island?” The Prime Ominous Grave had always been an unsolved mystery in the Sacred Nether World.

“It is not clear.” Li Qiye shook his head to say: “It might not be a bad thing if it had something to do with the grave. Whether the lost island is at the grave or not, I will have to go in and see for myself.” 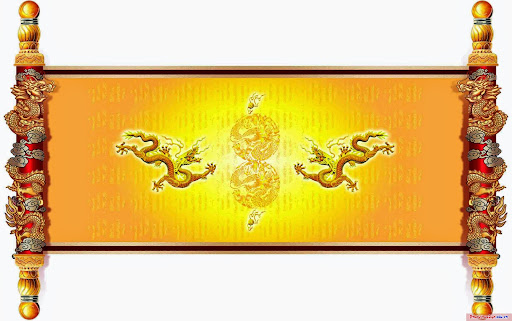 In light of recent events such as the corona virus and financial market instability, I hope everyone is doing well. We'll get through this eventually.