In fact, whether or not humans originated from the Mortal Emperor World was still up for debate, but since the beginning of the Desolate Era, humans had been at that world and began their explorations. After countless efforts of many sages, they finally took root in that world as the strongest race.

Today, whether or not the Mortal Emperor World was the origin of the human race no longer mattered to its inhabitants. The only pertinent matter was that it had become the ancestral ground for human generations from that point forth.

However, the Sacred Nether World was different, since its ghostly inhabitants were certain that this place was their origin. Of course, certain ghost tribes called this world the Ghost Immortal World because they preferred to call themselves Ghost Immortals, but outsiders kept on calling them the ghost race!

Since this world was the origin of the ghost race, perhaps people would think of it as a place infested with nether energy. However, the reality was that this was completely false. The Sacred Nether World was a place with beautiful scenery, just like the Mortal Emperor World. There were was an endless amount of mountains and rivers worth exploring.

Even the members of the ghost tribes didn’t all have nether energy. In fact, there were many different ghost races with unique characteristics, but outsiders all generalized them together as a unified ghost race to distinguish them with the human race, the blood race, and others.

Only a handful of tribes had a relatively thicker nether aura while others were not that different from ordinary humans. Then, there were also some who had physical bodies and were not actually ghosts. The majority of the ghost tribes were just like humans — their future generations were comprised of their offspring.

The two worlds were similar in that they were extremely vast. There were four domains at the Sacred Nether World; to the east was the Nether Border, the south was the Distant Cloud, the west was the Green River, and the north was the Misty Field. These four locations were called the four desolaces. [1. Desolace is not a word, but it should be!]

Even though the ghost race’s origin was located at the Sacred Nether World, they were not unified in this place. This was just like the Mortal Emperor World, where humans were the majority while there were still other races.

It was the same for the Sacred Nether World. The ghost race was the majority, but other races also lived here, such as humans, demons, the blood race, and stone golems…

However, the Nether Border, the Green River, and the Misty Field were the places where ghosts gathered. The few forces from the other races were very weak at these three desolaces.

However, it was different at the Distant Cloud. Humans, demons, stone golems, and others were extremely powerful in this desolace so the ghost race could not rule over this part of the world.

As one of the four desolaces, the Distant Cloud was quite immense with countless inhabitants of varying races living together. It was also filled with numerous cultivators and lineages like carps in rivers.

Weaker sects were too abundant to count, and great powers were also everything in this domain.

However, one must talk about a certain lineage at the Distant Cloud, and it was the Thousand Carp River. It was not a river, it was a sect that ruled over a very powerful country that spanned for tens of millions of miles.

The Thousand Carp River followed the demonic dao because legends state that its progenitor, Immortal Emperor Qian Li, was a demon that was successful in the path of cultivation. Despite this belief, the emperor had always been a mystery, even during their own era.

All in all, there were a variety of theories about Immortal Emperor Qian Li. But of course, they were limited to mere rumors and legends, because the emperor was one of the most mysterious Immortal Emperors even during their own generation. No one knew of the emperor’s origin, home, or even if the emperor was male or female! [3. Sorry for using ‘the emperor’ so much, but we don’t know if THE EMPEROR is a she or a he…]

After tens of millions of years, many people tried to solve this elusive mystery, but the most important one was whether the emperor was male or female!

Even the answer to the simplest question of the emperor’s sex remained unknown. It was as if Immortal Emperor Qian Li was shrouded in mist and was incapable of being seen by other worldly inhabitants. The emperor disappeared in the river of time along with all of their secrets.

No matter what, despite being shrouded in a myriad of mysteries, one thing was for certain, and this was that the emperor cultivated the demonic dao before finally becoming an Immortal Emperor. As for what kind of demon they were, the descendants could only guess.

The Soaring Remembrance Village, also known as the Soaring Remembrance Manor, was a quiet place. It was neither big nor small and had several hundred villagers. However, many great characters came from this village. Some had great fame and some were generals in the mortal world. Some were even cultivational immortals in the eyes of ordinary people. Even amongst these cultivators, some turned out to be amazing characters.

However, no matter how many great characters came from this village, it remained itself without changing as an eternally tranquil village. The appearance of these characters failed to break the peace of this small village.

Just like the Eternal River School, no matter who came and went, they could not affect the Soaring Remembrance Village. This was a good place for those who sought for peace and quiet, a place just like the Garden of the Peaches of Immortality. [3. A place of the immortals.]

It was as if there was an invisible force protecting this village, a force that didn’t allow anyone to disturb its peace.

This small village presided within the Thousand Carp River with its particularly ordinary appearance.

However, the old village head’s home had been very rowdy because a haunting phenomenon had been occurring inside his house. At the Sacred Nether World, the domain of the ghost race, it would be silly to make a fuss about ghosts.

In this world, not to mention cultivators, even ordinary mortals didn’t believe that there were ghosts in this world. If there were actually supernatural ghosts, and if they were just like the ghost race, then they were not that much different compared to humans, so mortals would never be afraid of such a thing.

However, strange things had been happening in backyard of the old village head. A ghastly shadow would drift back and forth regularly regardless of whether it was night or day. The ones who were more timid were easily scared out of their mind at such a sight.

It seemed that a young ghost was haunting the old village head’s backyard, but their group couldn’t describe its exact figure. In summary, it was a young shadow, but this shadow had no true substance. It flew like an ethereal existence in the backyard of the old village head.

This haunting ghost was quite a sight for the husband and wife pair. They had lived for very long so, to them, humans and ghosts were the same, but this actually made their house become more lively. At the very least, the villagers would visit their house to look at this ghost.

Nevertheless, the other villagers still tried to convince the couple to perform a passing rite for this ghost. Regarding such advice, the old village elder said with a smile: “This ghost is just wandering in our backyard and isn’t committing any bad deeds. One day, it will naturally become bored and leave.”

“Old Man Yang, this isn’t the case. Who truly understands these ghosts? Maybe one day, it will hurt someone, what are we going to do then?” A person in the village tried to persuade him with good intentions.

“Oh right, isn’t your little girl studying at the Thousand Carp River? Why not have her come back and take a look. With her skills, giving a little ghost a peaceful passing shouldn’t be difficult.” Another villager came up with an idea.

At last, the old village head couldn’t handle all the counsel from the villagers, so he could only go to the Great Wisdom Temple right outside of the village to invite the temple’s presiding abbot, Monk Dazhi. [4. Dazhi means Great Wisdom, so the monk’s title is also the temple’s title, but calling him Monk Great Wisdom is a bit weird?]

According to the villagers, Monk Dazhi was a monk with boundless buddhist wisdom, but one would be gravely mistaken if they were to imagine him as a monk with long eyebrows and a white beard.

He was a very young monk — only around the age of twenty. His head was smooth and reflective and had two crooked rows of three ordainment markings. Seeing just how crooked they were left people wondering whether his markings were real or not.

Monk Dazhi’s eyes were very bright, and he always had a smile on his face. When standing before the public, this smile appeared to be kind and compassionate, but when no one was paying attention, the smile became a bit villainous. It would give others the impression that he was a thief! 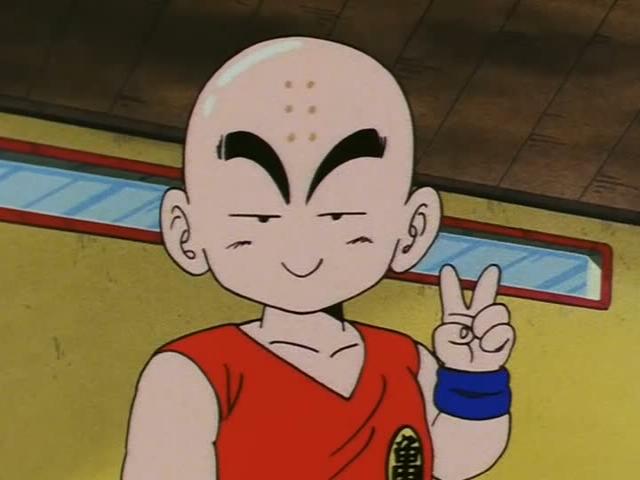 Report spoiler comments and I will delete them.