Finally, Li Qiye left with the monarch and Zi Cuining before the silent crowd.

After leaving this sea region, Cuining told the monarch: “Thank you for helping me during this troubled period. If you weren’t protecting the hope of our city, I’m sure the other lords would join Ye Jiuzhou.”

“City Lord, this is my responsibility and Pearl’s reason for existence.” The monarch respectfully replied.

Li Qiye glanced at Zi Cuining and said insipidly: “Girl, you have the Immortal Blood Spear so leaving isn’t difficult. What is your reason for staying in Heaven Suppression?”

“The elders are all trapped in the Black Dragon Hall so I can’t just ignore them.” She said.

Li Qiye disagreed: “You can’t unlock the seal there since Gu Zun probably took an entire generation to comprehend it so it’s not something you can do. They’re just trapped and won’t die just yet so it’s pointless for you to stay there.”

Zi Cuining seemed to have something to say but she refrained.

“Girl, it’s best that you don’t hide anything in front of me.” Li Qiye chuckled.

“I can’t pinpoint it.” Cuining pondered for a moment: “I only found out recently from Ancestor Shan. Before the Difficult Dao Era, Gu Zun’s cultivation had been crippled by the patriarch and then he was imprisoned in the abyss. Before his death, Ancestor Lu finally let him out for a quick reprieve.”

“Zhangsun is too soft.” Li Qiye chuckled: “Gu Zun is someone who can bite back even with one breath remaining! So what if his cultivation was destroyed? He could still redo it easily as one of the ten eonic geniuses. This isn’t the first time his cultivation got destroyed anyway so he can still return to the peak.”

Zi Cuining had no response because Li Qiye was spot on. After Zhangsun’s death, Ye Jiuzhou from Gu Zun’s branch began to gain more power at Heaven Suppression.

Meanwhile, the monarch was completely taken aback. She had never heard about Gu Zun’s crippled cultivation before. Even Lu Zhangsun and Ancestor Shan kept it quiet from her. What kind of secret was involved in all of this?

“Ancestor Shan said that when Gu Zun was dying, he wanted to dig his own grave.” Cuining said.

“Then he disappeared afterward.” Li Qiye understood right away: “It was useless even if Zhangsun watched with his own eyes. He needed to cut him to pieces, destroy his true fate; now that’s a real death.”

“The ancestor, he, he…” It wasn’t proper for her to comment on her ancestors.

“I know, Lu Zhangsun couldn’t do it since Gu Zun is the Black Dragon King’s brother-in-law.” Li Qiye said flatly: “The guy viewed the king as his father. He knew that the king had promised someone else to not kill Gu Zun so he couldn’t bear to do it either. The guy was perfect outside of being too humane.”

One could easily guess what happened after. Once Gu Zun came back, everything had become different. It was impossible even if Lu Zhangsun wanted to imprison him again.

He had nothing to say about Ye Jiuzhou’s position in the city either because the guy was considered innocent back then. The Black Dragon King didn’t sentence him. Furthermore, he truly toiled and contributed to the city. Thus, in both logic and laws, he shouldn’t be disadvantaged just because his master was Gu Zun.

“Gu Zun wasn’t afraid of Lu Zhangsun, he was only accumulating more power. To put it bluntly, he’s not trying to compete against your Ancestor Shan either or he would have already taken full control, given who he is.” Li Qiye shook his head.

He naturally knew that Gu Zun was preparing to deal with him. Of course, he also wanted the treasury in Heaven Suppression. If he could open it, he would claim to not be afraid of Immortal Emperors!

“Tell me about your findings.” Li Qiye told Cuining.

She eventually stared seriously at him and answered with doubts: “I feel that this, this isn’t Gu Zun.”

“A bit interesting. Go on.” Li Qiye smiled and said.

“I’m not too sure either. All in all, it was very strange seeing him each time because it felt different. He seemed to be very weak as if someone had drained his energy. Or rather, it looked like someone has taken over his corpse. That’s all I can say.” Cuining didn’t know how to put it.

“There’s no way. If that’s not Gu Zun, Ye Jiuzhou would have found out already.” The monarch was skeptical.

“That’s the strangest part. Jiuzhou isn’t reacting at all as if everything is normal.” Cuining replied.

She then frowned and continued: “I think someone might be using Gu Zun to sneak into our city and take over. I’m concerned about an external collusion.”

This was the other reason why she wanted to stay. She aimed to find out the truth outside of just saving the ancestors.

“Girl, you don’t understand Gu Zun and Ye Jiuzhou. It doesn’t matter whether Jiuzhou is a good or bad man but there are two things he will never do. First, betray Gu Zun. Second, betray Heaven Suppression. Furthermore, there’s something you don’t get either. Gu Zun will never hand Heaven Suppression to outsiders. In his mind, it belongs to him. Of course, he can tolerate you being in charge because you are a legitimate heir. Ultimately, Lu Zhangsun, Ancestor Shan, and you are all part of the main branch, eligible for inheriting the city. So, if an outsider wants to take over Heaven Suppression, Gu Zun would be the first to strike back!”

With that, he laughed and said: “Gu Zun might be a bastard but he does uphold some principles on certain things. He’s not totally wretched, just yet.”

“Then what if Gu Zun’s body was truly taken over?” Cuining remained worried.

Li Qiye disagreed with this notion: “You still don’t know and underestimate him. The reality is that no one in this world could seize his body. Moreover, there’s no need to doubt Jiuzhou’s loyalty and devotion to Gu Zun. If anyone were to take over his master’s body, he would be the first to go all out against them!”

“Then what is actually going on?” Zi Cuining was puzzled. Gu Zun was different each time regarding his status and expression.

After all, a cultivator of Gu Zun’s level wouldn’t be so unstable with constant fluctuations. She was also certain that the person she saw wasn’t a fake.

Zi Cuining worriedly said: “What about the trapped ancestors?”

Though it seemed like an accident, she was certain that Gu Zun did it. It was just that she had no evidence to show.

Li Qiye opened his fate palace and took out a law. The law then turned into a key and he handed it to her: “Take it and open the Black Dragon Hall.”

“Really?” She said skeptically. Even their ancestors there couldn’t open it but an outsider like Li Qiye did? It was indeed difficult to believe.

“Go, since what have I lied to you?” Li Qiye said with a smile.

“I’m off then.” She took a deep breath and said solemnly.

“What if Ye Jiuzhou and Gu Zun take action?” The monarch found it worrying for Cuining to return to Heaven Suppression.

Li Qiye shook his head: “First, her position is legitimate so Gu Zun won’t kill her or he would have done so long ago. All he wants is your authority. Second, it’s different now. Capturing all of you was only testing the water but after this, everyone else will be insignificant, not worth him wasting his time. His most powerful, lifelong enemy has arrived!”

A thick smile appeared on Li Qiye’s face after saying this.

“Go, nothing will happen.” Li Qiye told Cuining: “Matriarch Yu will watch out for you too. Also, tell Ancestor Shan’s people to not get involved with this because once I start killing, I won’t necessarily care which branch they belong to.”

“I got it.” Cuining nodded while understanding that Li Qiye was aiming for Gu Zun. However, she didn’t understand when these two became enemies. No ancestors have mentioned it before so she became very curious about the underlying story. Alas, it wasn’t something she could ask.

Have a pic of your emperor and empress. 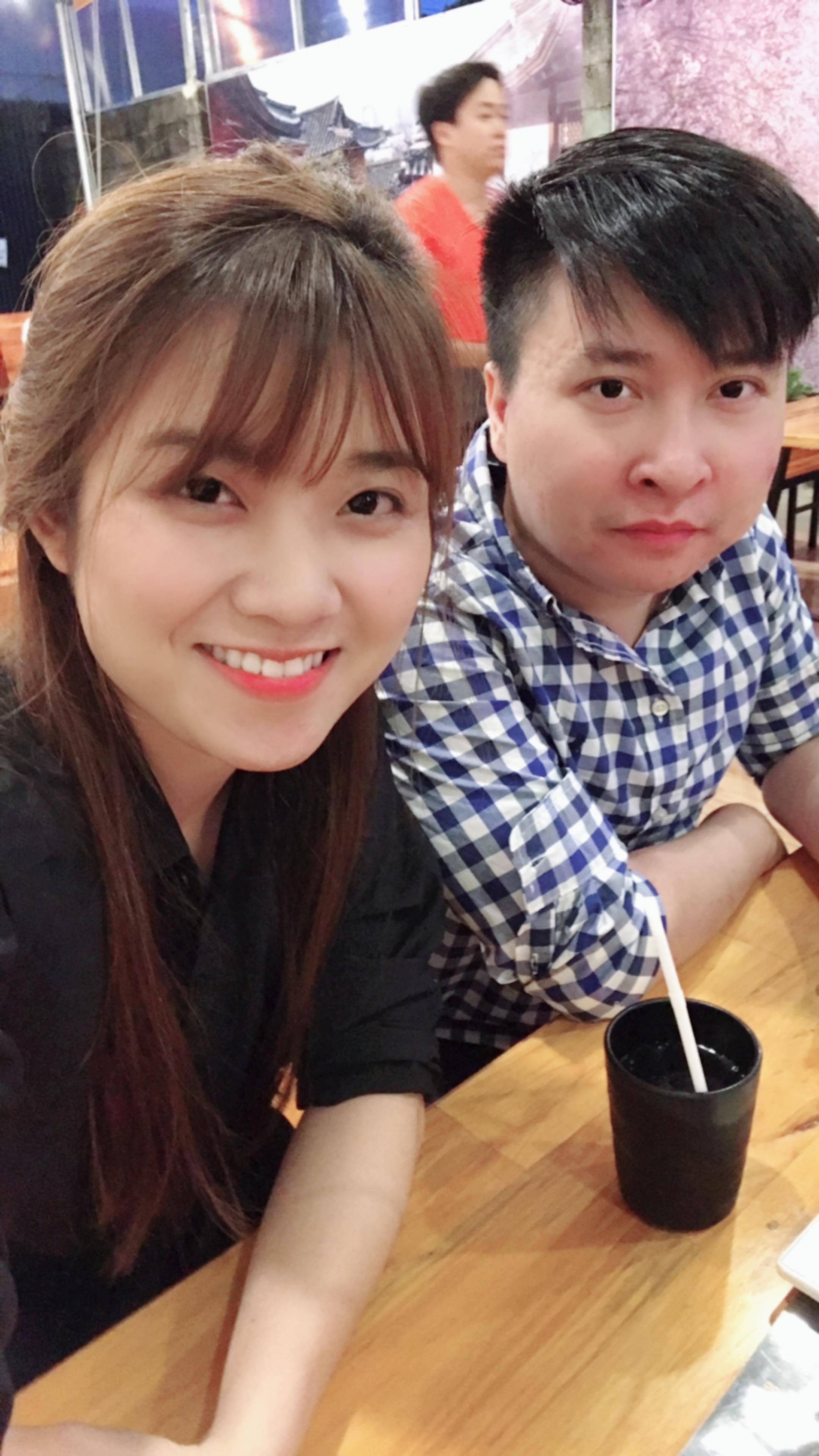