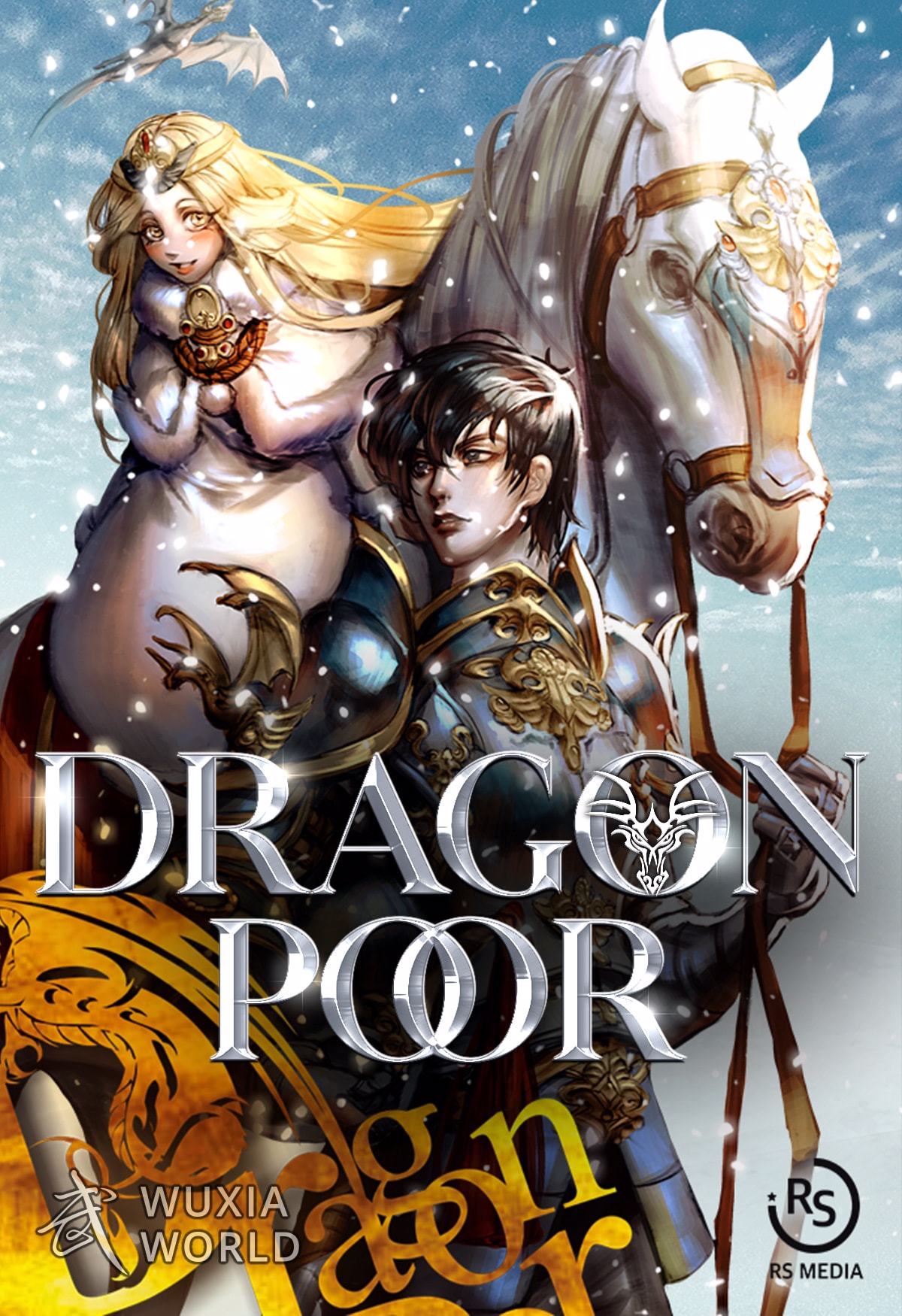 Schedule: one chapter per day

He fell into this world without knowing why and became a dragon rider.

“There are no dragons in this world.”

There was magic, there were spirits, and there were monsters. There just weren’t any dragons.

However, there was no way in the world he could just give up and die.

And one day, a voice spoke in his head.

[I will guide you until the day you are truly worthy.]

Dragon Poor is a fantasy novel set in an alternate world where groups of people are mysteriously transported to and follows a male protagonist, Kim Seon-Hyeok, as he attempts to navigate this new, medieval reality.

The newcomers to this new world are blessed with awakenings, phenomena in which they receive a new class. These classes, complete with abilities and hidden stats, determine their standing and treatment within this world, as prestigious, high-tier classes find opportunities to enjoy lives of luxury, while the rank-and-file struggle to survive. The protagonist, despite receiving an exceptional sounding class, finds himself disregarded as a dragon rider in a world without dragons. He is left to fend for himself as he tries to find a place in this world and realize his potential.

This novel maintains the familiar ideas of leveling up and improving one's standing in the world. At the same time, it also offers a lens into someone who is seemingly abandoned by the system, and how the experiences in clawing out of such a situation can affect one's worldview. It celebrates individuality, persistence, and compassion, with a few twists and turns along the way!