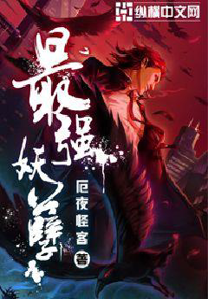 Qi Condensation. Foundation Establishment. Core Formation. On modern 21st century Earth, only these three realms are known to be achievable. Nascent Soul is but a legend and the realms above it lost to the long river of time. The current era is known as Cultivation Civilization, a balance of power and civility, excess and moderation. While cultivation remains a secret practice, it has long since exposed itself to the mundane world, quietly intertwined with each facet of society. While the world appears to be at peace, what lies underneath is a conflict between human, cultivator, and demon, brewing for ages and waiting to implode. Yet in the wake of humanity’s rapid industrialization, qi—and consequently cultivation—is dying.

Besieged on all sides by forces both human and demon, Xu Yangyi, our protagonist, strives to reach the apex, armed only with esoteric knowledge and his cool pragmatism, and to avenge the unjust deaths of both his parents. Embroiled in conspiracy and with adversity waiting at each turn, he is undeterred in his conquest to seek the Grand Dao and break free of this world’s shackles, claiming his title as the pioneer of an era!

Archfiend is a novel on Zongheng categorized as a “different city” novel. It starts in the year 2016 and is supposed to exist in our world. The novel combines elements from the modern city genre and the classic xianxia genre to create a story that I feel is very different from what most readers are used to. Archfiend draws heavily on Chinese myth, history, and culture to form an engrossing, but slow, plotline.

The author’s past works include Super Entertainment Dynasty and The Emperor’s Super Star Cultivation System. Both of them are classified as city novels. Hellsing is primarily known as a “city-genre” writer. Archfiend is his first foray into writing a more action-packed story and what he considers his “transformative work”. Due to his background in the city genre, the author gives Archfiend with what I feel is a fuller and deeper feeling. I will say that reading and treating this novel as a normal cultivation story isn’t the right approach.

As others blindly search for the truth, remember every living thing is false. As others are restricted by morality and law, remember that all matters are permitted. We walk in darkness and serve in the light. I am Xu Yangyi, I am… a demon slayer.